Mr. Moyse meets with Caron Sethill, the head of Programmes for the National Library of Israel, and Jack Gottlieb, founder of World Jewish Heritage Fund.

Last week, François Moyse, Chairman of the AEPJ, was in Israel on a private visit and met with Caron Sethill, the head of Programmes for the National Library of Israel, as well as Rachel Oranin, who is working with Caron. The encounter took place at the NLI headquarters in Jerusalem. As this usefull meeting, both underlined the importance of their cooperation. In their discussions, they talked about the European Days of Jewish Culture's next edition, reaffirming the important role that NLI plays in providing material and sources for all cityholders. Also, Mrs. Caron Sethill showed Mr. Moyse the NLI's truly impressive collection, a real treasure of knowledge of world Jewry and Judaism.

While in Israel, Mr. François Moyse also took the opportunity to meet Jack Gottlieb, founder of The World Jewish Heritage Fund (WJHF), one of the new AEPJ members. WJHF is a nonprofit organization whose mission is to preserve Jewish heritage worldwide and promote tourism to a variety of sites and cultural events around the world, that are of great importance to the continuity of Jewish heritage.

Mr. Gottlieb showed Mr. Moyse the Independence Trail on Rothschild Boulevard, a permanent tourist attraction launched by te Municipality of Tel Aviv-Jaffa with the support of the Israel Ministry of Tourism. The attraction features10 designated historical spots connected to the topic of independence in the country. The trail builds a narrative between landmarks and the history of Tel Aviv and Israel, providing an informative experience as to the birth of the State. 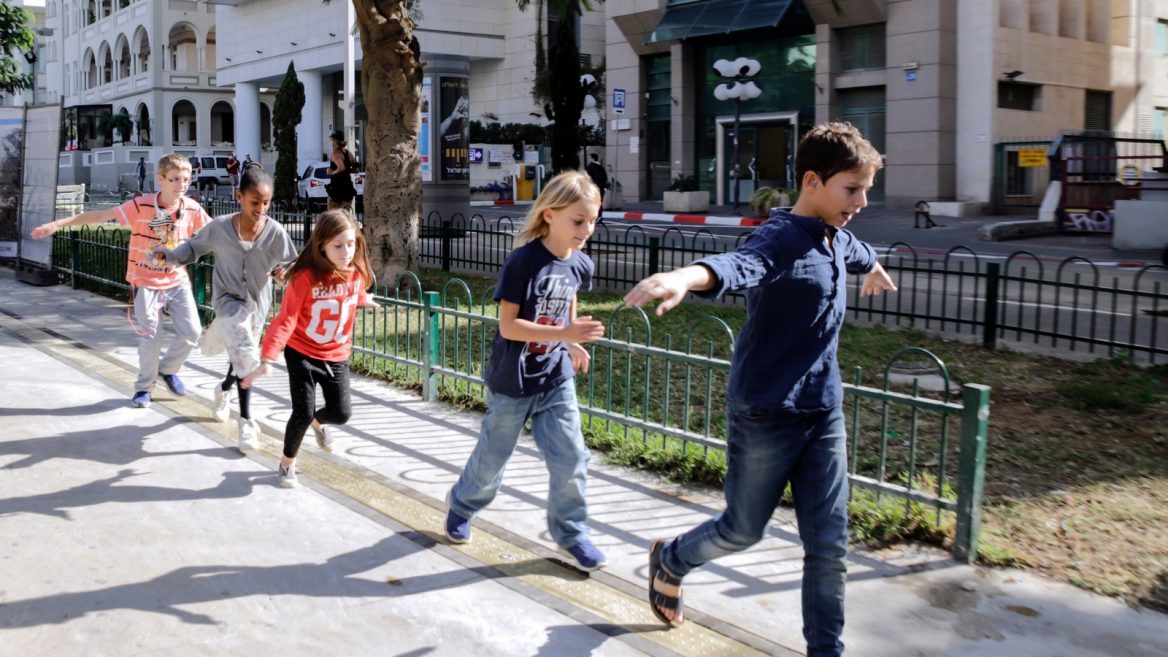 Visitors are able select from one of three types of tour, depending on personal preference of how they wish to experience the trail: a self-guided tour via a mobile app or tablet provided from the information center in the middle of the trail; a classic tour with a guide; or an entertainment tour led by a guide in costume. This trail "is a good example of how a city can successfully highlight Jewish heritage and history, that any European cities could take as a model", Moyse said.