To pass the memories of significant events from generation to generation, is an important Jewish principle. This is especially true for Passover, a holiday that is celebrated in spring. Every year on the so called Seder-evening , which marks the entrance to this holiday, Jews around the world read the story of the liberation of the Jews from slavery and the Exodus from Egypt the Haggadah shel Pesach a special book which is usually also illustrated. The Viennese artist Arik Brauer has created a new Haggadah, the 24 stunning works of art are first on display at the Jewish Museum. 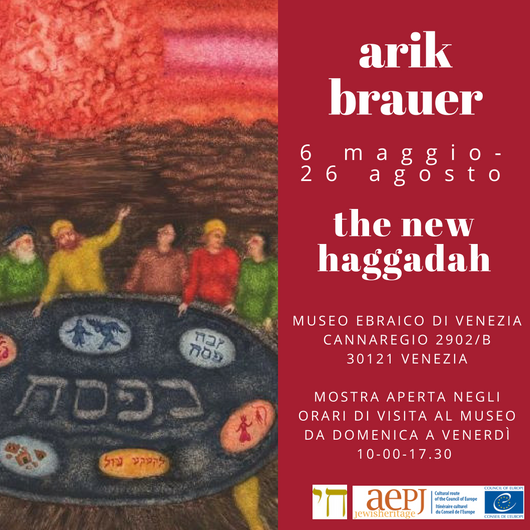 The valuable new illustrations offer an intense perspective at these key events in Jewish history.

Arik Brauer, born 1929 in Vienna, grew up in a Jewish family in modest circumstances. His father was murdered by the Nazis in a concentration camp. After his studies at the Academy of Fine Arts Vienna, he created the ?Viennese School of Fantastic Realism? with Rudolf Hausner, Ernst Fuchs, Wolfgang Hutter and Anton Lehmden. In the 1970s, he became popular with Viennese dialect songs and also started to design stage sets.

Today he lives and works in Vienna and Israel.