In the framework of the conference "Urban Jewish Heritage: Presence and absence", Victor Sorenssen, director of the AEPJ, and Jeremy Leigh, Professor of the Hebrew Union College and member of the scientific committee of the AEPJ, presented the relaunch of the project of the European Routes of Jewish Heritage, which operate under the umbrella of the Council of Europe and its Cultural Routes program.

The presentation could not have been done in a more appropriate framework, since at the conference it gathered a large number of experts in the field of Jewish heritage. Victor Sorenssen presented the project development program, the AEPJ Incubator Project. A program led by the scientific committee whose objective is to channel support, assistance, mentoring and training for those Routes that are in a development phase, as well as for those who wish to start a Route from scratch. Also presented the first action of this incubator, the call for applications and the training of Barcelona, ??to be held on November 21 and 22.

Jeremy Leigh on the other hand offered his reflection on the notion of Route, the theoretical approach of the project. Likewise, different examples of Routes that could be established in Europe, with a multidisciplinary perspective, promoting cooperation through institutional networks, where aspects converge tourist, cultural, artistic and educational.

The presentation raised great interest among the attendees, the time of debate, questions and answers was very revealing. Many of the participants showed great interest in being part of this program. This coming week, all the information will be published on the AEPJ website, www.jewisheritage.org 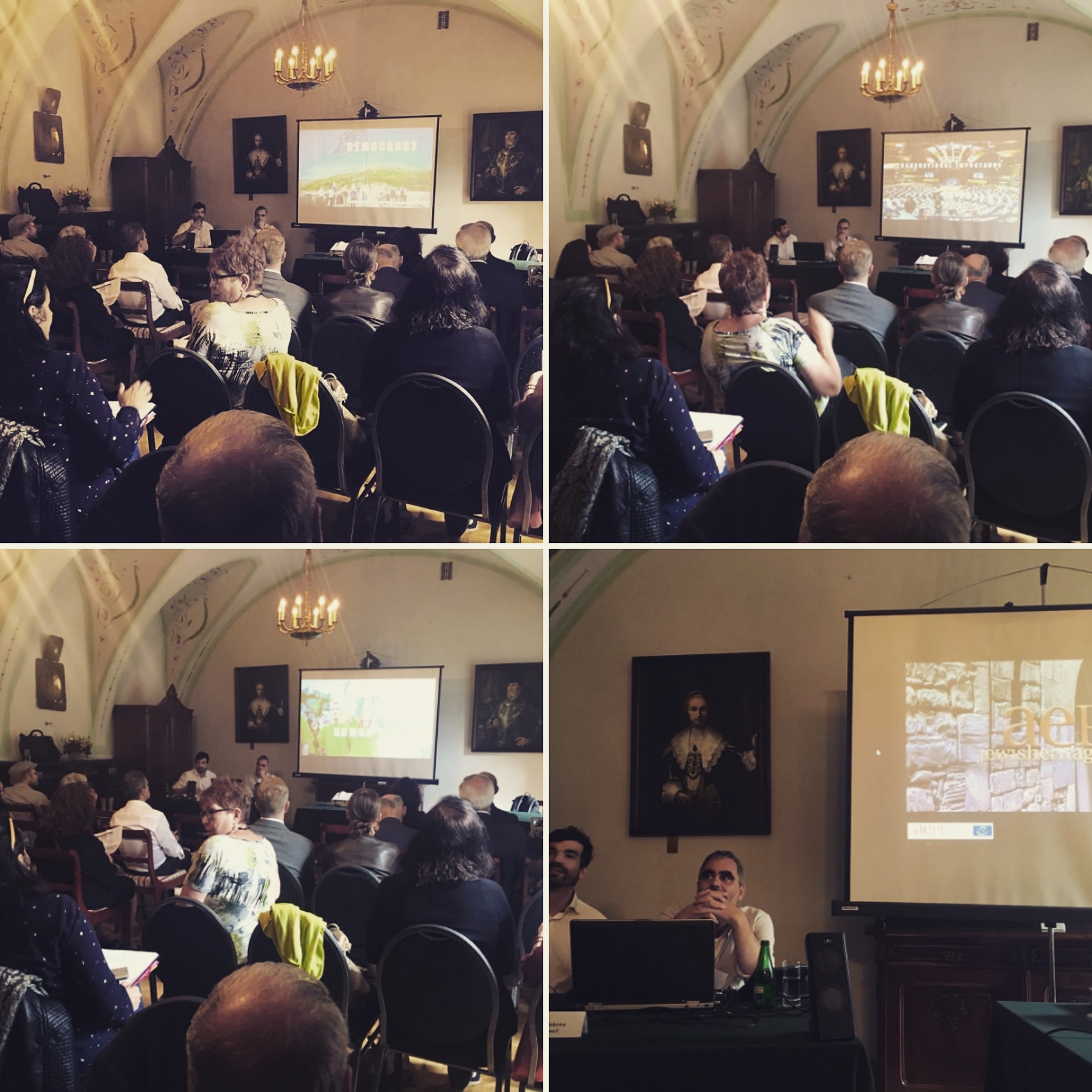